HRH The Duke of Kent joined local dignitaries, school children, directors and current and former employees of British Salt on the 25th June to celebrate the Middlewich based company’s 50th anniversary.

British Salt has received Royal visits in the past: in 1969, its plant was officially opened by HRH The Duke of Edinburgh.   In the 50 years since its launch, British Salt has grown to become one of the UK’s leading salt producers, having manufactured over 30m tonnes of salt in its half century lifetime.

The Duke of Kent was greeted by the Lord Lieutenant of Cheshire, David Briggs, alongside British Salt directors and the party’s tour of the site culminated in the official opening of the new high-speed packing line.

‘’We’re delighted to be celebrating our fiftieth anniversary in such good company.  We’ve long been a major employer in the area and it’s important to us that  as well as current and past employees, The Duke has had the opportunity to meet the community who all help to make British Salt the special company that we’re proud to be a part of.’’

The event was the latest in a series of anniversary celebrations, including a coffee morning attended by over 60 retired employees - several of whom worked on the site in 1969 at its launch.

For one former employee, Bill Monaghan, now 91 and still living in Middlewich area, the event marked his second Royal introduction, as back in 1969 he was called upon to take HRH The Duke of Edinburgh through the company’s salt drying process.

Bill was introduced to HRH The Duke of Kent at the 50th anniversary celebrations and attended the event with his daughter, Dr Suna Monaghan. 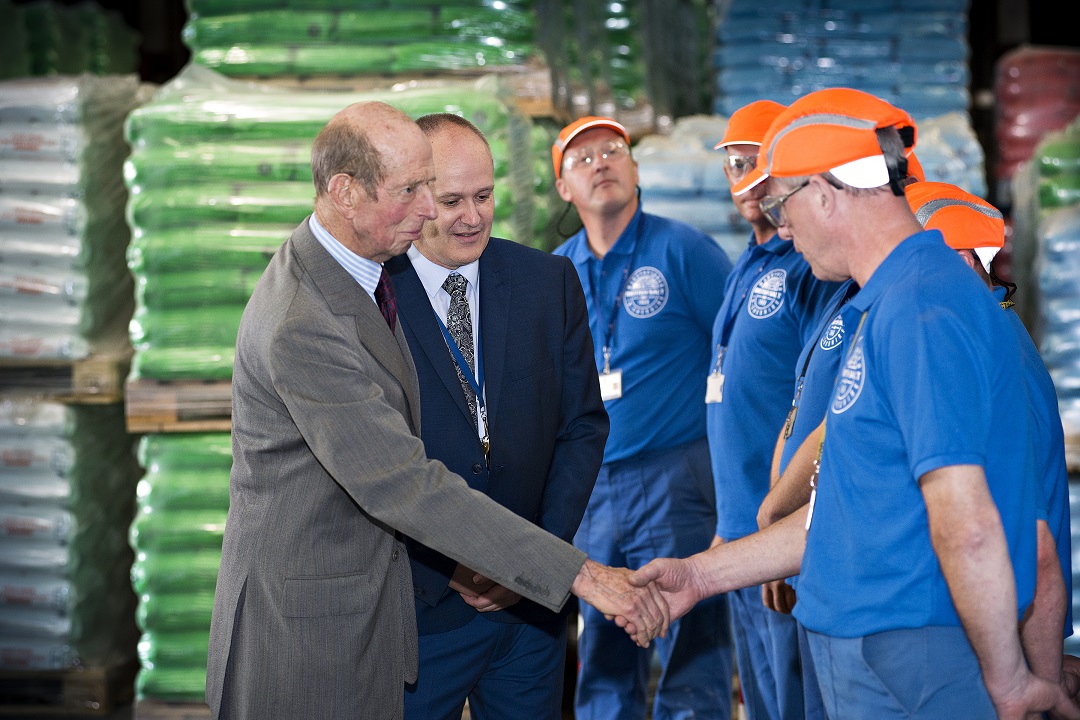 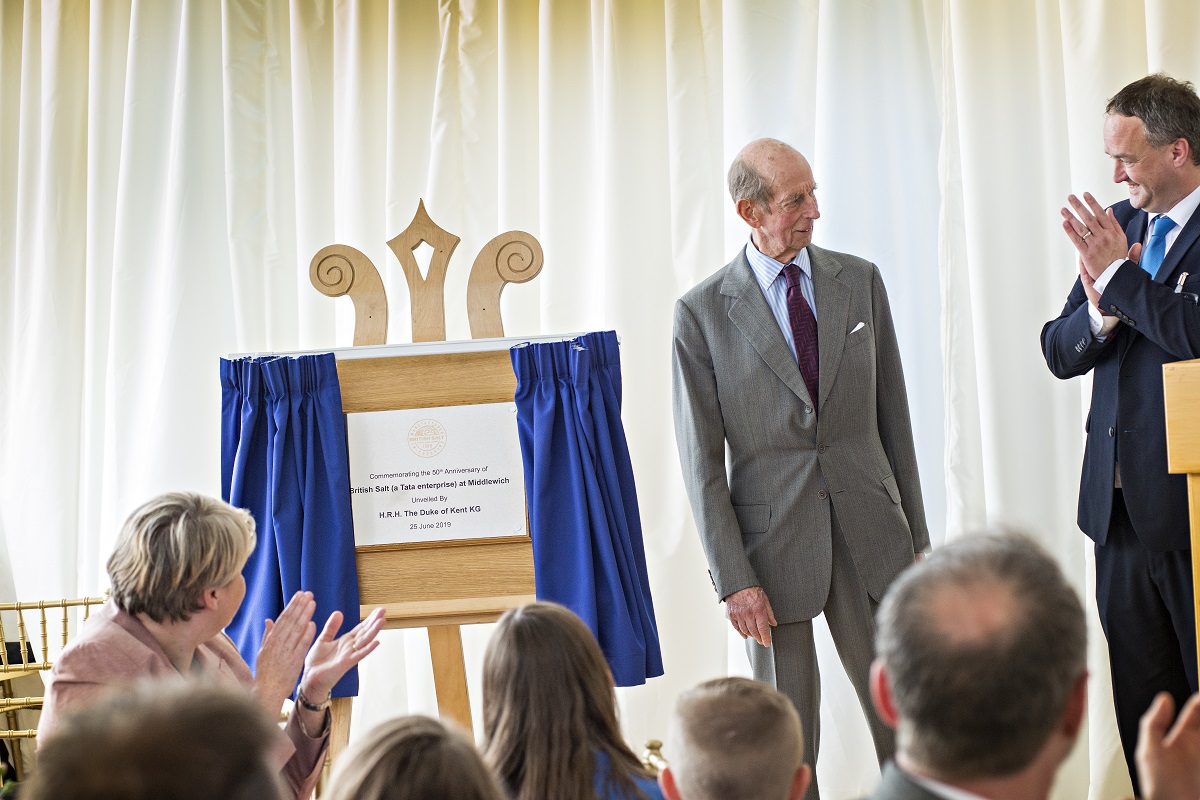 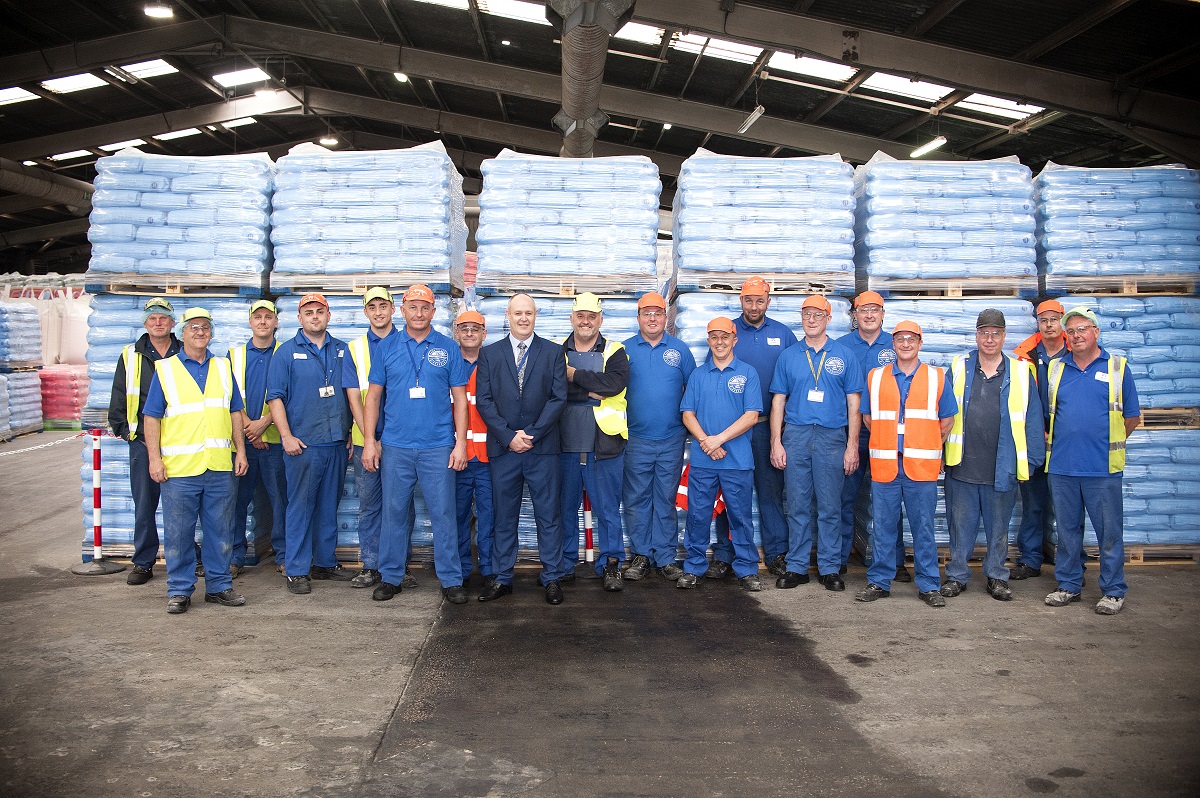 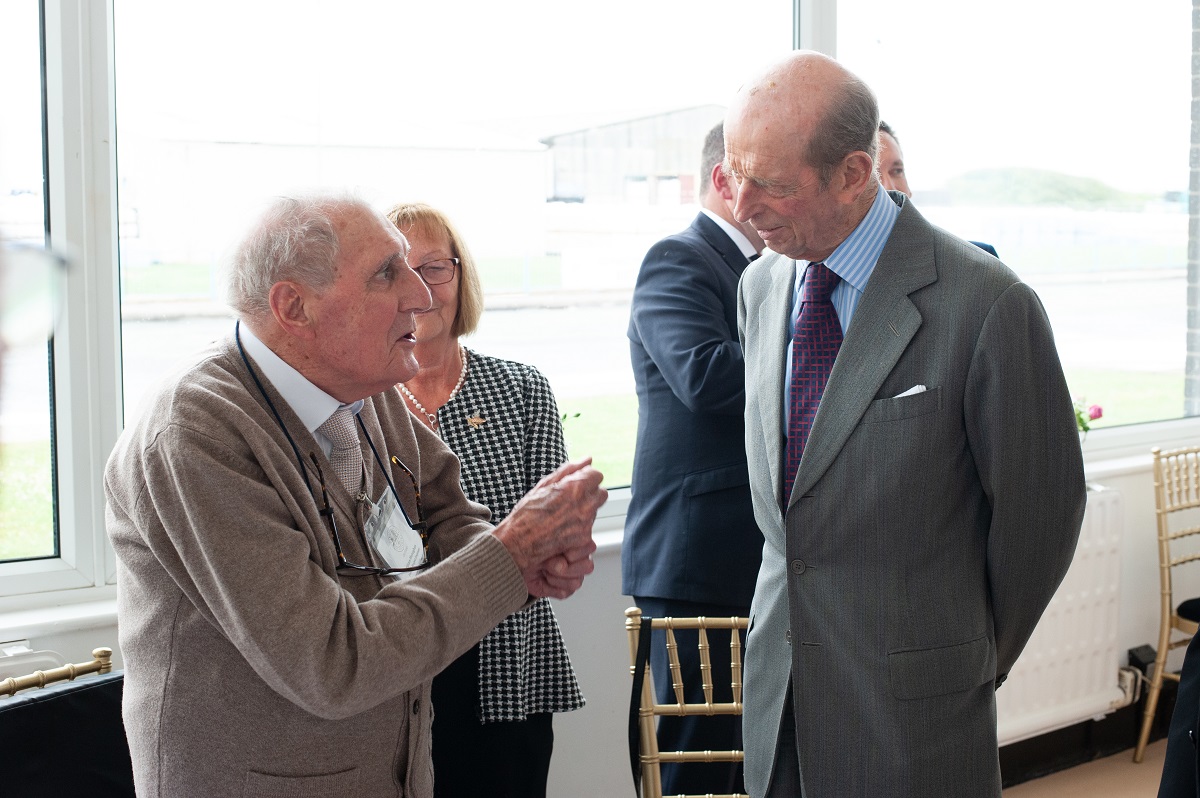